S-kvinnor has a long tradition of work for international peace and solidarity. We are convinced that this is the basis for handling today’s disquieting world developments. We are seeing how women’s rights are being undermined, how war and climate change are affecting women and forcing them to move.

Women’s economic and political empowerment is far from a matter of course, even though our societies and the world community would gain from greater equality, reduced poverty and greater economic growth.

Women’s struggle can only be won through international cooperation with other organizations and civil societies. An important instrument in the struggle for women’s rights is the UN Convention on the Elimination of All Forms of Discrimination Against Women, which must be incorporated into Swedish legislation. The UN goals for sustainable development ”Agenda 2030” also include gender-equality targets such as eliminating violence against women, promoting women’s economic independence, entitling women to sexual and reproductive health and eliminating female circumcision and child- and forced marriages. S-kvinnor are fighting to ensure that all the countries in the world may reach these goals by 2030 at the latest.

Sweden must herself set the framework for international cooperating and not seek membership of the NATO military alliance. Our international efforts must in the first instance be peace-promoting and peacekeeping under the UN flag.

S-kvinnor is working for an active peace and disarmament policy. We wish to see a nuclear-weapon-free world. Swedish weapon exports must not go to dictatorships or countries that violate human rights.

Women’s participation in the struggle for peace and security

Women’s participation in peace processes and conflict management is leading to greater striving towards peace and security, promoting the process of reconstruction following war. Research shows connections between a society’s equality and a reduced inclination to violence and corruption.

S-kvinnor continues to support the issue of Swedish recognition of a free Western Sahara. The UN agenda for women, peace and security – Resolution 1325 – must be implemented into global work for prevention. National action plans must demonstrate and reinforce women’s participation, power, influence and security before, during and after conflicts. Genus advisers must be involved in overseas missions, refugee camps and processes for reconstructing societies.

The UN and other international organs that deliberate on peace and security must be represented equally by women and men. More women need to be visible as leaders and role models in high positions. Peace treaties that do not show consideration for women’s perspectives or participation must not gain a hearing.

Sexual violence in war and conflict does not concern an individual outrage but systematic warfare that ruins women’s lives and the whole of a society. The purpose varies with the conflict. It may be to eradicate an ethnicity or people, or to humiliate and drag the victims and their families into the mud.

Feminist foreign policy is a holistic policy. It seeks to end the patriarchal war culture, rebuild securely functioning states governed by law, reduce poverty and meet fundamental requirements such as schools and education. Women and women’s organizations must take active part in the formulation of needs and measures.

Gender equality is crucial for the reduction of poverty, and aid must therefore be directed at efforts to promote this. Here it is all the more important that issues of sexual and reproductive health and rights (SRHR) receive priority. Aid directed to women has proved to give good results for the whole community. When aid is distributed equally women are empowered to change their lives, while poverty decreases for all. Aid money must not go to refugee reception in Sweden, but should benefit people in needy countries.

Everyone’s right to work and economic independence is the basis for gender equality. Social democracy and the trade union movement must continue to work together with unions and workplaces to achieve a working life based on democratic values and human rights in all countries. S-kvinnor supports the International Labor Organization’s (ILO’s) eight fundamental conventions on the right to free association and negotiation, against child labor, against slave- and forced labor, against discrimination and for gender-equal salaries and minimal social rights for wage-earners the world over.

In a global economy the ILO’s competence for reinforcing international labor law is growing in importance. The ILO’s status must be raised, its work should be respected and promoted internationally by governments and other international organs.

ILO’s codes of conduct for multinational companies and also those of the Organization for Economic Cooperation and Development (OECD) are at present only voluntary. By strengthening adherence to the codes we can influence and improve conditions for workers all over the world. 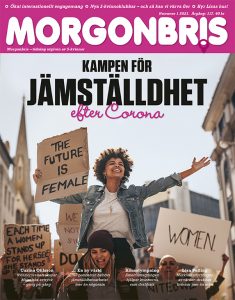