BMI  Body Mass Index. The relationship between a person’s height and their weight.
CMW  UN convention on the rights of migrant workers.
Consent  Consent means that sexual contacts are always based on free will. A perpetrator can therefore be convicted for sexual assault even where the victim has not said no or offered resistance.
EBO  Act on independent living. Gives asylum-seekers the right to compensation for dwellings they arrange themselves.
Gender power structure  The theory of men’s social dominance over women and that men as a group are superior to women as a group.
GNP  Gross national product.
Gross negligence  Gross negligence in the Sexual Offences Act means that a perpetrator need not have intended to commit a sexual crime to be convicted of this. It is a requirement that a person who has sex ascertains that there is consent; otherwise that person can be sentenced for rape.
Guarantee pension  A basic pension everyone is entitled to from the age of 65 years irrespective of earlier or earned income. Size depends on civil state and length of stay in Sweden.
ILO  The International Labor Organization. A UN organ for issues of working life.
LGBT  Lesbian, gay, bisexual and transsexual people.
OECD  The Organization for Economic Cooperation and Development.
Screening programs for gynecological smear testing  Notice to attend regular check-ups for early detection of cervical cancer. According to National Board of Health and Welfare recommendations, all women between 23 and 64 years are called.
SFI  Swedish for immigrants.
Split shifts  Several work periods during a day with unpaid gaps in between.
SRHR  Sexual and reproductive health and rights.
Surrogate motherhood  That a woman bears and gives birth to children on behalf of others. In commercial surrogate motherhood this is done for payment, while in altruistic surrogate motherhood there is no payment.
UNHCR  The United Nations High Commissioner for Refugees. The UN refugee program. 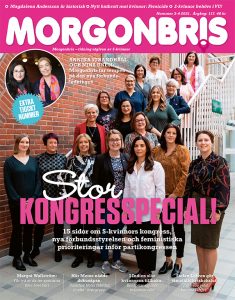