The international work of Social Democratic Women in Sweden (S-kvinnor)

Women of all countries must work together if we are to achieve an equitable and gender-equal society. S-kvinnor works actively, through both national and international actions, to achieve gender equality and solidarity on an international level.

Our goal is to provide women of the world with the power to shape society and their own lives. This requires:

Internationally S-kvinnor is working primarily to strengthen women’s positions economically, politically and socially. We act energetically against violence against women as well as trafficking of women and children for sexual exploitation and call for legitimate protection for its victims. To achieve sustainable and lasting peace, we require that the participation of women in peace processes increases.

At national level we conduct advocacy on issues such as policies for global development, aid, trade, migration, violence and sexual exploitation of women, and Swedish arms exports.

The aim of our international projects is to enhance women’s rights and educate women by supporting their democratic organizations, as well as businesses that provide work and income for women.

We are working actively towards involving more women in politics and achieving greater female representation in political positions.

Over the years S-kvinnor has engaged in solidarity work in many parts of the world, with projects in Europe, Latin America, Asia and Africa.

Our international projects are run at local, regional or national level by a club, district or the national federation. We run both shorter projects, like fundraising and advocacy, and major projects over several years.

The projects have the support of The Olof Palme International Center. In most of our projects S-kvinnor contributes ten percent of the project budget. Our contribution comprises cash funds raised in Sweden.

Internationally S-kvinnor cooperates with sister organizations in the Nordic countries, Europe and the world. 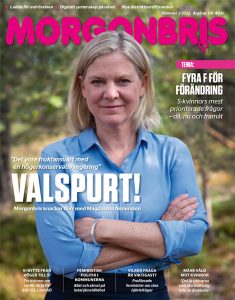